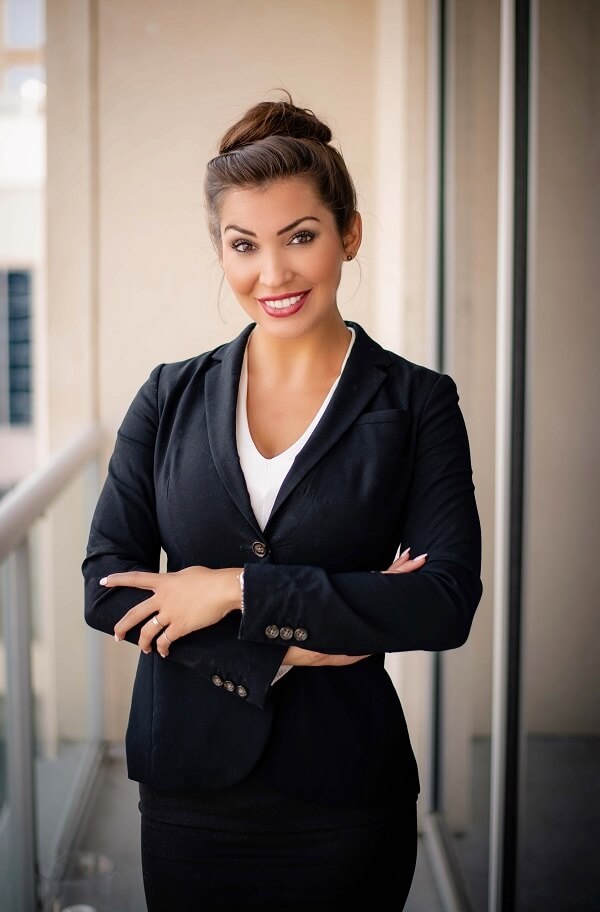 About Me - Ms. OYP: A Private Practice Lawyer

I’m a female lawyer who’s been in private practice (meaning I’m with a firm and not a government or in-house lawyer) for over 6 years. That on its own is a huge accomplishment. If you’ve read the statistics of lawyers in the law, you’ll learn that almost half of lawyers leave the profession after 5 years and female lawyers leave the practice of law at double the rate of men! Yikes, I know!

From my graduating law school class, many of my classmates have left the law completely and many female lawyers who started in private practice, are no longer in private practice.  This is troubling to me. So, one of our (mine and Mr. OYP’s [“OwningYourProfession”]) hopes with this website is that we can help lawyers stay in the profession of law longer, but also in private practice longer.

It frustrates me to no end when I hear that intelligent, compassionate lawyers are leaving the law completely because they’ve had horrible experiences after law school. This is not the way the practice of law should be because we (the public and our profession) lose great lawyers. And, frankly, it means that we see more sub-par lawyers in the practice of law because they’re the only ones who can hang in. I’m determined to help make a difference in the law and help the great lawyers find joy in being a lawyer.

Let me be clear. I’m not one of those sub-par lawyers. I’m a lawyer who is smart, but has to work really freaking hard at it. I’m detail-oriented — and the practice of law needs this skill. I’m also organized, often a micro-manager and have a strong urge to be in control. There’s not a lot you can control in the law, so I crave control where I can find it. In short, like many of you aspiring lawyers and law school students, I’m Type A. If you have these qualities, you will make a great lawyer.

What I Thought it Would Be Like to Be a Lawyer:

But, once I started articling (akin to an internship at a law firm), I quickly realized that my ideas and fantasies were, well, ALL WRONG. It wasn’t at all how I thought it was going to be.

Before and during law school, here’s what I thought it would be like to be a lawyer. In hindsight, I’d say I was naive … very naive.

I thought the law was black and white.  I thought that lawyers had the laws in a book or in books and then as a lawyer you find the laws applicable to the facts and then tell the client and judge. Boom done, next case.  What I’ve learned: the law is mostly gray — so many shades of grey and there is very little black and white in the law. But, on the bright side, that’s job security for you!

I thought that all lawyers dressed in power suits everyday. Not so much, some law firms and lawyers are relaxing the “rules” on wearing a power suit every day to the office. The “rules” seem to be unless lawyers are going to court or to a meeting, a power suit just for the office is becoming optional. I’m not sure how I feel about this change that I’m noticing. I’m actually conflicted about it. Because if I had to hire a lawyer, I’d want them to “look like” a lawyer and although it depends on the situation, I would want them to wear a suit unless the message we were trying to give off was a relaxed friendly one.

Now that I have been a lawyer in private practice for 6 years (plus the 1 year I articled), I have come to appreciate what it’s like to be a lawyer at a medium sized firm in Canada.  I’d like you to keep that context in mind when I share what it’s like because my views are based on my experiences – which are that of one lawyer in private practice at a medium sized firm in Canada. We don’t all have the same experiences.

I strive to be a competent and ethical lawyer. With that as my standard, being a lawyer is HARD, it’s freaking HARD! It’s mentally challenging and hard work. There’s no substitute for a strong work ethic.

2. It's Stressful Most of the Time.

It’s stressful most of the time. When you’re starting out your career as a lawyer, everything is new and causes anxiety, stress, worry, frustration and sometimes anger. Here are just some of the things that might be new:

3. The Learning Curve is Very Steep.

The learning curve is so steep – like almost a 90 degree angle incline when you’re a new lawyer because there’s so much to learn. This means that there is little within your control and this can be hard to accept and manage. For example:

4. The Hours and Days Can Be Long.

We work in a service industry, so a lot of the times, that can mean being available whenever you’re needed. This includes evenings, weekends and holidays. Going back to my earlier point, your time is not your own and you need to be flexible with your schedule when you’re starting out as a lawyer.  Be ready to cancel dinner plans, camping trips and skip your evening yoga class.

The flip side to that, is that generally there’s no set time to come into the office (but you should be there before the more senior lawyers) or when to leave the office. This is because you’re a professional and need to figure that out for yourself.

Also, depending on where you work, there can be no set number of vacation days. You can take vacations but you need to coordinate what would be reasonable at the firm you work and try to go when the other lawyers you work with are in the office, so that your practice group of lawyers are not all gone at the same time.

5. There's a Hierarchy. Know Your Place.

There’s a hierarchy in a law firm, and well, when you’re a new lawyer, you’re at the bottom of the hierarchy until more students and lawyers come in behind you. Until then, though, you play a catch-all position.

You’re also building your reputation in the legal community and in the law firm. Although your legal reputation starts in law school, that reputation follows you and you continue to build it as a new lawyer.

6. You're Officially a Lawyer. You need to figure out what this means for you.

You’re officially a lawyer and can tell people you’re a lawyer! For most of us, it’s been a long road – 7 years of post-secondary education – and you’re finally working as a lawyer and earning a salary.

This also means that you have to figure out who YOU are as a lawyer. How do you identify as a lawyer? How do you conduct yourself in the world as a lawyer? It’s kind of a self-discovery of who you are now that you’ve reached your goal of becoming a lawyer.

It’s often the case when you’re a new lawyer that you don’t get a choice in the work that you do, the clients you work for, the department in the firm that you work in or the lawyers that you work with.  Not being in control can be hard to deal with and accept.

Other resources on what it's like to be a lawyer:

If you want to read some more about what it’s like to be a lawyer, check out this post I came across 13 Things I Wish I Knew Before I Became a Lawyer.

Also, check out this post on Factors to Consider If You Want to Become a Lawyer.

Also, I love the Happy Lawyer Project Podcast.  If you’re a wanna be lawyer or law student or lawyer, you definitely want to subscribe to her podcast and follow her on Instagram.  Specifically for this post though, she interviews her husband Dave and he talks about what it’s like to be in a relationship with a lawyer and how to support your lawyer partner. I thought it was great advice!  Check out podcast episode 21: HLP021 – On Life and Love the Happy Lawyer Way with Mr. Happy Lawyer.

The simple answer to what it’s like to be a lawyer 4 to 6 years at the bar is that the things I’ve listed above (#1-5) have become slightly easier and a little more routine.  Assuming you’re still at the same firm, the workplace is no longer new but there are usually some office politics or relationships that you are working through.

Since I try to be transparent and honest in my posts, I also need to tell you that this was the time period as a lawyer that I had 2 panic attacks. Yup, I didn’t really realize how work was affecting me mentally and emotionally until that happened and it made me reconsider my career as a lawyer and how I was going to make it work for me.  If you want to read more about me and the panic attacks, click here.

When I started as a new lawyer, senior lawyers had told me that it would get “easier” being a lawyer at about 5 years at the bar.

For me, this wasn’t the case. I’ve always been somewhat of a late-bloomer, so I’d have to say that I haven’t been comfortable being a lawyer until just recently. That’s 6 years at the bar then for me.  By comfortable I think I mean okay being a lawyer.

I sweat through my suits less than I used to, that’s got to be positive. I recognize my stressors and plan as much as I can to control those stressors. I think I’ve found the area of law that I want to specialize in and learn all the law I can about that area – I think. My practice currently is pretty broad and I did that intentionally because I think, as a lawyer, it’s important to get and develop as many skills as you can so you have options. But, now I’m at a point where I think I have to decide what area of law I want to concentrate on and that’s kind of scary because I don’t want to be too specialized.

That said, I’m still living what it’s like to be a lawyer 6 to 7 years at the bar, but I can say that it’s gotten much better for me than the 1 to 5 year period.

Being a lawyer is not how it’s like in the movies or in T.V. shows. Real life is much different.

Check out our other content on career advice and personal development:

Have questions or comments?  We would love to hear from you!  Feel free to e-mail us at owningyourprofession@gmail.com or you can also follow us on Instagram here.

Don't Forget to Save This Pin for Later:

Have questions or comments?  We would love to hear from you!  Feel free to e-mail us at owningyourprofession@gmail.com or you can also follow us on Instagram here. 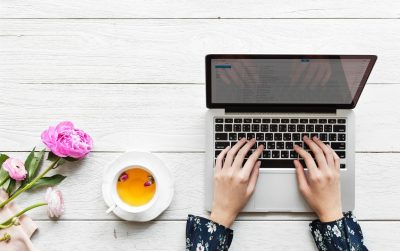